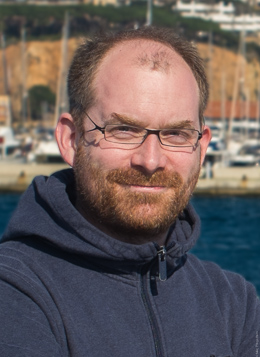 I am interested in robust spatial perception for interaction and collaboration.

I understand robust spatial perception to be a continuum of methods addressing the combination of simultaneous localization and mapping (SLAM) with semantic concepts, dynamic aspects (e.g. human motion), as well as object recognition, while taking into account the presence of outliers and false positives on all levels. Robust methods are ideal for safety critical and commercial devices as their goal is not only to be resilient to variations in input data but also to non-optimal parameter settings or user errors due to non-expert users. In the grand vision of intelligent autonomous helpers for everyday tasks operating with humans in a multitude of environments, these are critical capabilities.

Similar considerations apply to applications in other fields: In service robotics in consumer or nursing settings, where robots should act within the same workspace as humans, robustness to user error as well as robust perception of humans, their actions, and related objects is especially important. In safety, security and rescue robotics (SSRR), robustness to clutter and significant changes in appearance as well as drift and wheel slip on uneven ground is required. Autonomous driving applications, especially in GPS-denied settings, require robust and safe localization and perception of surrounding objects under the influence of lighting and weather changes as well as perceptual aliasing.

Conversely, actions taken by the system may not always be interpretable to a human. Therefore, the system must facilitate the perception by the human through technical means, for example by augmented or virtual reality. We develop interactive visualizations and close the loop to planning and control methods.

In my current role as group manager and principal scientist for Human Robot Collaboration at the OFFIS Institute for Information Technology, I apply these concepts in robotics applications in close proximity or direct cooperation with humans. These applications occur in industrial and nursing/consumer settings.

2019 to date Manager of the Smart Human Robot Collaboration Group

I am the founding manager of the research group on Smart Human Robot Collaboration, which aims to enable close collaboration between people and (semi-)autonomous/automated systems.

Working on human motion tracking and related sensor fusion in the context of collaborative robotics in industry.

2017 Senior Researcher in the IKIMUNI Project

Working on full-body human motion tracking and behavior recognition in an industrial scenario.

Responsible for coordinating activities of the group and working on robust 2D and 3D SLAM using underwater monocular or stereo vision in dynamic scenes (divers and fish), as well as object detection and recognition (diver body parts) using visual and sonar sensors.

Responsible for coordinating activities of the group and contributing in the areas of 2D and 3D underwater multi-robot robust SLAM with sonar and visual sensors.

The SpaceBot Cup competition was funded by the German Aerospace Center (Deutsches Zentrum für Luft- und Raumfahrt, DLR) and the German Federal Ministry of Economics and Development. Responsible for coordinating the team of 10 PhD students and another PostDoc, as well as the 3D SLAM subcomponent. Most successful team at the competition.

Working on 3D perception and modeling.

Responsible for underwater visual 2D multi-robot SLAM, some coordination of group activities, as well as organizing several summer schools within the scope of the project.

Robuste Umgebungswahrnehmung in der Robotik, Talk at the Department for Electrical Engineering and Computer Science, University of Siegen, Germany, September 2018

Towards Robust Perception for Mobile Robots, Talk at the Institute for Robotics and Process Control, Technical University Braunschweig, Germany, November 2016

Robust Perception in Underwater Robotics, Talk in the seminar series of the Institute of Sensors, Signals and Systems at Heriot-Watt University, Edinburgh, UK, October 2015.

A Spectral Image Registration Method and its Use in Underwater Maximum-Likelihood SLAM, invited lecture with Heiko Bülow in the symposium series at the Institute for Systems and Robotics (ISR), Instituto Superior Técnico (IST), Lisbon, Portugal, November 2011.

This combined lecture for Bachelor and Master students focused on the mathematical and methodological underpinnings of robotics, amongst others on spatial transformations and kinematics, sensors, actuators, intro to sensor data processing, and integration, especially with ROS. I contributed several practical sessions applying the theoretical concepts in small problems in ROS using simulation.

Software Engineering lab work for Bachelor students in their 4th semester. Emphasis on social and team-oriented skills related to programming. In groups, students implemented, documented, and tested a robotic system with ROS to compete in a maze task both in simulation and on real robots. I contributed introductory lectures, ROS and hardware support, and guidance for the students.

Advanced projects for Master students. Beyond the scope of a regular lab, students learned to do research in current topics in robotics in a scientifically principled manner and present it appropriately.

This combined lecture for Bachelor and Master students focused on the mathematical and methodological underpinnings of robotics, amongst others on spatial transformations and kinematics, sensors, registration, localization and mapping.

Advanced projects for Master students and integrated PhD students. Beyond the “Autonomous Systems Lab”, students were able to broaden the scope of their projects, practice the scientific method, and work more intensively towards first publications. I supervised several projects.

This seminar for Master students and advanced Bachelor students focused on current topics in robotics, especially regarding autonomous micro aerial vehicles, for use in the RoboCup Rescue competition. After the class, several students integrated and applied their work in the Jacobs Robotics team during the RoboCup German Open. I supervised most projects and the subsequent trip to RoboCup.

This project-based seminar for Master students focused on current topics in mobile robotics and medical image processing. I supervised a number of projects within this course. I supervised multiple projects.

Conference Best Paper Finalist at ICRA 2014 for the paper Representing and solving local and global ambiguities as multimodal and hyperedge constraints in a generalized graph SLAM framework, 5 finalists out of 1000 accepted submissions.

Scholar of the Studienstiftung des Deutschen Volkes, PhD Scholarship. Largest and most prestigious organization sponsoring the academically gifted in Germany.